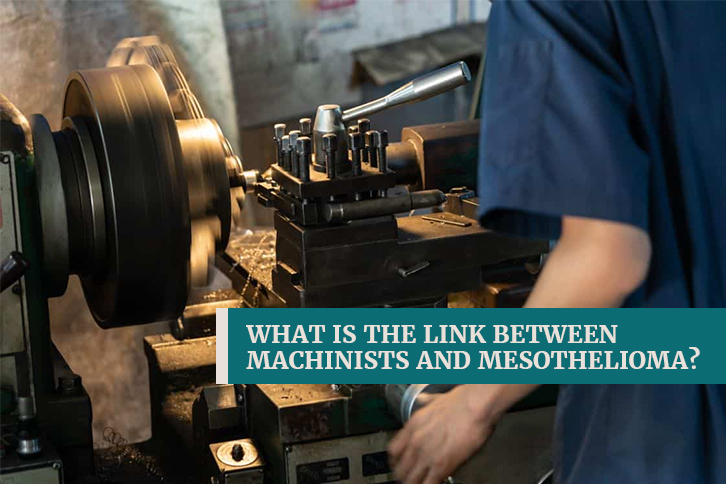 What is the Link Between Machinists and Mesothelioma?

Throughout the 20th century, American industries relied on highly skilled machinists. Oftentimes, the exact nature of their job would vary from one industry to the next.

Some machinists worked in shipyards, others on railroads and some helped build skyscrapers. However, there was one thing they all had in common: asbestos exposure.

Unfortunately, people who worked as machinists were exposed to this deadly substance on a daily basis.

Like other high risk occupations such as manufacturing, mining and construction, machinists are also linked to mesothelioma, a rare cancer caused solely by asbestos exposure. Since blue-collar industries relied on the presence of asbestos up until the late 1970s, millions of American workers were put in danger every time they showed up for work.

A study was published by The American Journal of Industrial Medicine regarding cancer-related deaths among members of the International Association of Machinists and Aerospace workers. The data showed emphasis on people who worked as machinists in the railroad industry during most of the 20th century.

After experts compiled all the data, 42 cases of mesothelioma were found among former railroad machinists. There were also health risks in other industries as well. Researchers found 16 additional reported cases of this rare and aggressive cancer. These machinists worked in the military and were exposed on a regular basis. This is another reason why mesothelioma is a common health concern among military veterans.

According to another study, experts at Duke University and Georgetown University found 89 reported cases of mesothelioma among machinists. This number was slightly higher than the figure for electricians, another occupation commonly linked to asbestos-related diseases.

How Machinists Are at Risk of Asbestos and Mesothelioma

Machinists usually take on the task of using hand tools or equipment to create precision-cut metal parts. They may also repair, modify or assemble any of these tools or machines.

During most of the 20th century, many machines were built with asbestos made parts. Asbestos was praised as a “magic mineral” and used for its ability to withstand heat. When machinists used their equipment, components would grind together, creating a cloud of dust. Since asbestos is delicate, fibers could easily break off and be released into the air. Workers would then unknowingly inhale and swallow these toxic particles.

Machinists were also exposed to asbestos by manufacturing parts like gaskets. The process of cutting gaskets from sheets of asbestos is one of the most common ways machinists were exposed.

If you or your loved one were a machinist and developed mesothelioma, there may be compensation available for you. At BCBH Law, our lawyers have helped thousands of patients receive justice for their cancer diagnosis. Fill out our free case evaluation page to see how we can help you and your family today.