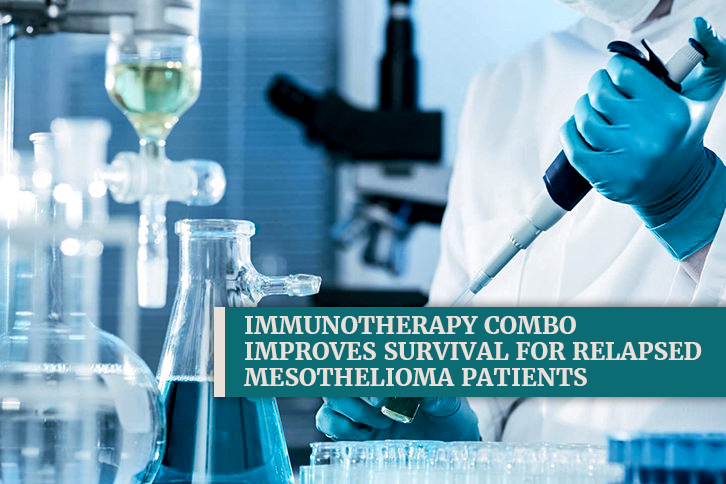 Italian researchers published a new study on an immunotherapy combination that could help patients with relapsed mesothelioma without surgical options.

They concluded that the combination of two immunotherapy drugs could improve long-term survival for patients whose cancer had come back and was no longer operable.

The team of researchers, from the University Hospital of Sienna and the SDN Institute in Naples  published their findings in The Lancet: Respiratory Medicine on April 9th.

What Did the Study Find?

The recent open-label trial was following up earlier research that was published back in 2018. In both of the Phase II studies, researchers combined remelimumab, an antibody drug still in clinical trials, with durvalumab, an antibody-based cancer drug (Imfinzi).

The immunotherapy drugs are both considered immune checkpoint inhibitors. This means that they aim to suppress proteins that are tricked into thinking cancer cells are healthy tissue. The body’s natural defense instinct is to then attack the cancer.

Out of the 40 patients enrolled in the original trial, 17 of those participants were examined in the follow up study. These patients’ mesothelioma had returned and they could not undergo surgery to remove it.

Patients were given the combination of drugs once a month for a duration of 4 months. They then received only durvalumab for another nine months. The study found that 41 percent of participants attained “immune-related stable disease.”

According to the team, approximately 23.5% of patients survived two years after receiving treatment and more than half (52.9%) lived at least a year.

There were no adverse reactions or life threatening events that were seen in the 17 patients who participated in this study.

The researchers concluded that retreatment with this immunotherapy drug combination was safe and “resulted in clinically meaningful outcomes, thus suggesting its potential application in the clinical practice of mesothelioma patients.”