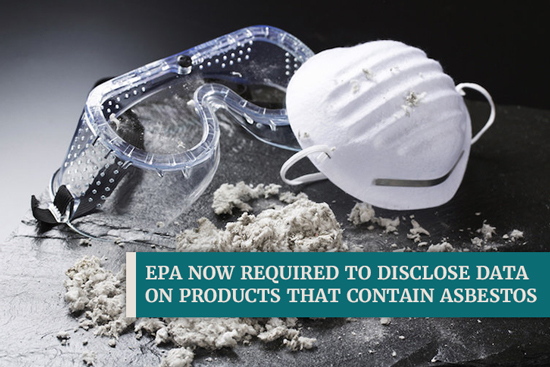 On June 7th, The U.S. Environmental Protection Agency settled a lawsuit against several states and public health groups. The lawsuit, which began back in 2019, was over “loopholes” that allowed asbestos to enter the country undocumented as a part of imported goods.

The new proposed settlement, which is subject to the court’s approval, will have the EPA issue rules within 18 months requiring companies to tell the agency when they import products that contain asbestos. This is the first rule of its kind under the Toxic Substances Control Act (TSCA).

The EPA has been heavily criticized for their relaxed asbestos regulations. Earlier Protocols kept asbestos information from public knowledge. Moving forward, the data collected will be used to assess the many risks this toxic substance poses to public health.

According to California Attorney General Rob Bonta, “the long-time failure of the EPA to regulate asbestos is an environmental injustice and public health tragedy.” California alongside Massechusettes, co-leads the coalition which includes at least a dozen other states who sued the EPA in 2019.

Companies have not been required to document this toxic substance in imported articles due to the EPA’s lackadaisical guidelines. Asbestos can be found in various industrial products such as floor and ceiling tiles, cement, insulation, fabrics, brake linings and more. More recently, it has been found in numerous talc based cosmetics like baby powder and makeup.

Asbestos is linked to various illnesses, like mesothelioma and kills between 12,000 and 15,000 people each year in the U.S. While there are federal laws that limit the use of this carcinogen, it has not been officially banned.

U.S. District Judge Edward Chen ruled in favor of the plaintiff, agreeing that the EPA should take the necessary steps to collect and disclose information from companies with asbestos containing products.

While more than 60 other countries have outlawed asbestos, this is a small step in the right direction compared to previous years. Activist groups continue to push for a complete ban of this toxic substance with the Alan Reinstein Ban Asbestos Now Act.