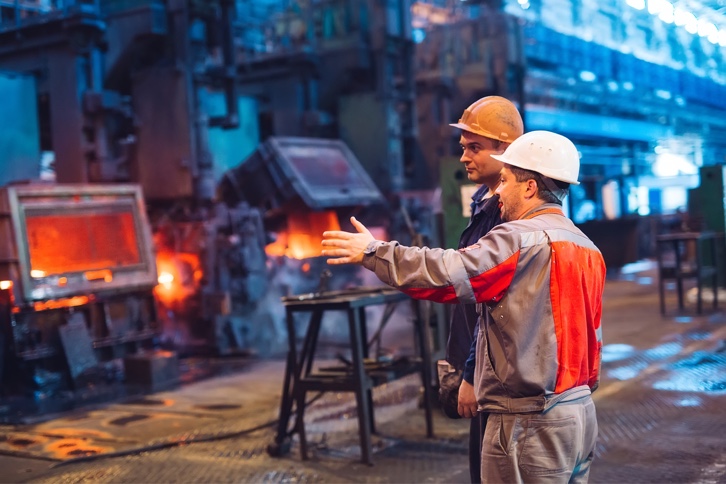 Mesothelioma is a rare cancer that forms in the lining of the lungs, abdomen or heart. It’s only scientifically proven cause is exposure to a toxic substance called asbestos. Unfortunately, this mineral was a prominent part of many commercial industries during the 20th century.

Trades relied on this “magic mineral” due to its fire-resistant and durable characteristics. However, the slightest disturbance to the substance could cause fragments to float off and put nearby people in danger. For this reason, people who worked in asbestos-involved occupations can make mesothelioma claims if they develop this cancer.

The team at BCBH Law will explain how asbestos causes cancer, which occupations were most at risk and some of the legal options available.

When asbestos enters the body — either through breathing or swallowing — it can lodge into the cells along one of three linings: the pleura (around the lungs), peritoneum (around the abdomen) or the pericardium (around the heart). Irritating these cells is how mesothelioma forms.

Asbestos also causes lung cancer, which forms when the substance lodges into and irritates the cells along the organ. Both mesothelioma and asbestos-caused lung cancer take decades to form, leaving many patients unsure of what led to their diseases.

The most discouraging part of the relationship between occupational use of asbestos and cancer is this: Many of the asbestos manufacturers — the companies that produced and sold the substance — knew of the dangers. They still used asbestos due to greedy profit-seeking.

Each year, approximately 3,000 Americans are diagnosed with mesothelioma and around 8,000 are diagnosed with asbestos-caused lung cancer. The majority of them developed the diseases due to their occupational histories, and there are specific trades connected to asbestos.

All mesothelioma and lung cancer patients should know which of their jobs involved asbestos and why they should speak with BCBH Law attorney if they once worked in these professions. Here are five occupations that regularly involved asbestos exposure.

Railroad workers interacted with asbestos on a daily basis. They used the substance for insulation, specifically in railroad equipment and locomotive parts. Boilers, engines, pipes and electrical panels were covered with this toxic substance to prevent fires. This use left repairmen, train operators, conductors or yardmasters in danger of inhaling any disturbed fibers.

Once asbestos-related lawsuits started, many of the manufacturing companies filed for bankruptcy. These corporations established trust funds to pay for their negligence. Workers diagnosed with mesothelioma or asbestos lung cancer can file mesothelioma claims with these asbestos trust funds to receive compensation. The team at BCBH Law can explain that process and how to file with multiple trusts.

Large commercial and military vessels were built with asbestos because of its fire-resistant and insulating properties. The United States Navy, for instance, used this substance to build many of their ships through most of the 20th century.

Specifically, asbestos was used to increase durability in gaskets, electrical boxes, sealants and filters. Shipbuilders also used asbestos to insulate the pipes in these vessels. Shipbuilders were at risk for inhaling these fibers when the substance loosened, or broke apart, and became airborne.

Military veterans with mesothelioma or asbestos lung cancer have numerous financial options. In addition to filing a mesothelioma lawsuit, they can make claims through the Department of Veterans Affairs. The BCBH Law team includes a Veterans Service Representative, who can further explain the VA Claims process.

Asbestos, which is a mineral found underground, was mined in the U.S. for decades, possibly even centuries. Chrysotile asbestos, which is often used in occupations and linked to mesothelioma, was mined in the country until 2002, when the last chrysotile mine was shut down. Miners often were exposed to the tiny particles as it was being extracted and processed into raw materials.

Underground mining was especially risky due to poor ventilation, which made inhalation of loose particles unavoidable. If you worked in mining and have an asbestos-related disease, then you can get a free case evaluation to see if you’re eligible for compensation.

Asbestos exposure was a hidden danger of construction work for decades. Carpenters, painters, roofers and general laborers were all construction trades at high risk of exposure. This substance was added to drywall, roof shingles, spackling, floor tiles and concrete mixtures, among other components. When people installed, removed or replaced these materials, they often inhaled the loose fibers.

Despite the reduced use of asbestos in construction work now, people in this profession remain in danger. Today, the demolition of homes built during the 20th century poses a risk of exposure. Therefore, anyone who works in demolition or remodeling of older homes is at risk of exposure.

Factories produced thousands of products made with asbestos during the 20th century. For instance, production machines and conveyors belts were made with parts containing this toxic substance. When these machines wore down from constant use, asbestos particles broke off  and entered the oxygen. People who worked inside these factories were regularly exposed to high concentrations of asbestos dust.

Small workspaces and very little ventilation contributed to poor working conditions. Additionally, many of the companies knew asbestos was dangerous and still asked their workers to make products containing the substance. They are at fault and, with the help of an experienced BCBH Law attorney, can be held accountable.

Our team is available to speak with anyone who has an asbestos-caused disease. For more information on your legal rights and how your job may have caused your mesothelioma or lung cancer, request our BCBH Law booklet.